Two New Jersey boys are capitalizing on the NFT craze to help other kids battling cancer. 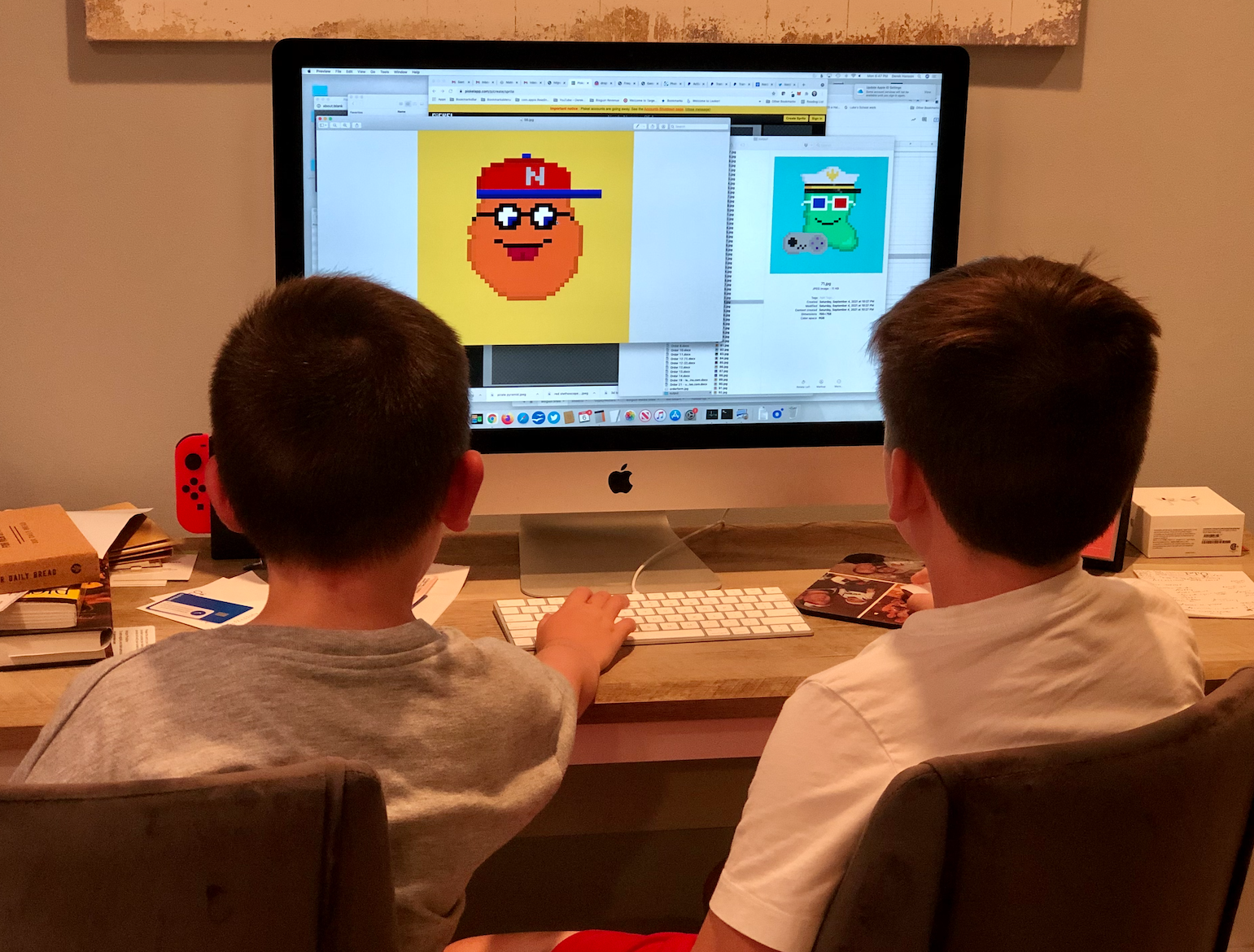 The boys work together to create a Nerdy Nugget.

New Jersey – Two brothers have turned their love for a favorite food into a virtual movement to raise money for pediatric cancer. The boys launched their NFT project, “Nerdy Nuggets” on September 13th. The boys have been selling 10,000 pictures of chicken nuggets that they created on their computer, with a large portion of the proceeds going towards both pediatric cancer research and financial support for families battling childhood cancer. What makes these virtual chicken nuggets special is that each unique image is tied to a token on the Ethereum blockchain. These tokens, called NFTs (or non-fungible tokens) are a kind of cryptocurrency that can be attached to files on the internet and sold as proof of ownership. NFTs have been around for years, but in recent months, the tokens have gone mainstream, with some receiving celebrity endorsements and others selling for millions of dollars. The brothers are hoping to capitalize on the recent craze to help other kids in need and have sold over $25,000 worth of Nerdy Nuggets to date.

“When the boys started working on this project, the intent was to make it a fun summer hobby.  However, as the NFT market gained steam and various projects started making headlines, we saw an opportunity to turn Nerdy Nuggets into something bigger and to do some real good”, said Derek Hanson M.D., the boys’ father, and a pediatric neuro-oncologist.

Together, the boys and their father looked for ways to bring the burgeoning project to the next level. They joined up with a blockchain developer as well as a marketing team to speed the process along and get Nerdy Nuggets to the market in time for September’s Pediatric Cancer Awareness Month.  It was during this time that the project took a very personal and fateful turn.

The Hansons learned that the son of their recently hired community manager had been diagnosed with medulloblastoma, an aggressive pediatric brain tumor.  The young boy, Anderson (age 6) had been experiencing frequent headaches and vomiting since February of this year. After an exam revealed pressure behind his eyes, Anderson was rushed to the emergency room where an MRI scan revealed a large brain tumor.  After having the tumor completely removed, Anderson began a regimen of radiation and chemotherapy treatment at St. Jude Children’s Research Hospital.

“It almost seemed like fate,” said Derek Hanson, M.D. “We had a pediatric neuro-oncologist and researcher on the team, and now we had a parent whose child had just been diagnosed with a brain tumor. It doesn’t get any more personal than that.”

Together, the team has pushed forward, completing the artwork, developing the code, and growing an online community dedicated to fighting this deadly disease. The 10,000 Nerdy Nuggets are available for purchase on the team’s website (https://nerdynuggets.io).  When the sale is completed, the group hopes to have raised over $200,000 towards pediatric cancer research and family support. Proceeds from the sale will be donated to both the P4 Childhood Cancer Foundation and Tackle Kids Cancer.

“No family should have to have the burden of financial hardship while watching their child fight this terrible disease”, said Anderson’s father. The Nerdy Nuggets team is hoping that through the power of art, the blockchain, and community, no family will have to.

Nerdy Nuggets are non-fungible tokens (NFTs) developed by two brothers (ages 10 and 7 years-old) to raise money for pediatric cancer. The boys created a collection of 10,000 virtual nugget pictures that are linked to tokens on the Ethereum blockchain. Each Nerdy Nugget features a collection of silly traits that make it unique, with no two images being exactly the same. A large portion of the proceeds from the Nerdy Nugget sale will be donated to the P4 Childhood Cancer Foundation and Tackle Kids Cancer to help fund pediatric cancer research and provide financial support for families battling pediatric cancer. Nerdy Nuggets can be purchased directly from the project’s website (https://nerdynuggets.io). 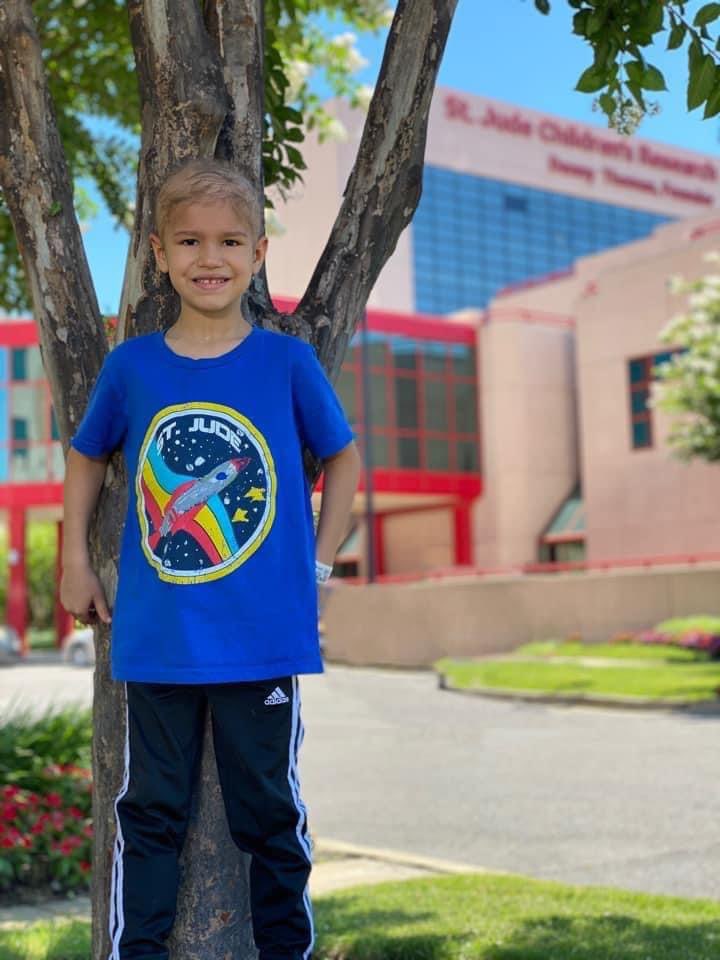 Anderson (Age 6) is currently being treated for medulloblastoma at St. Jude Children’s Research Hospital.  His father is the Community Manager for the Nerdy Nuggets project. 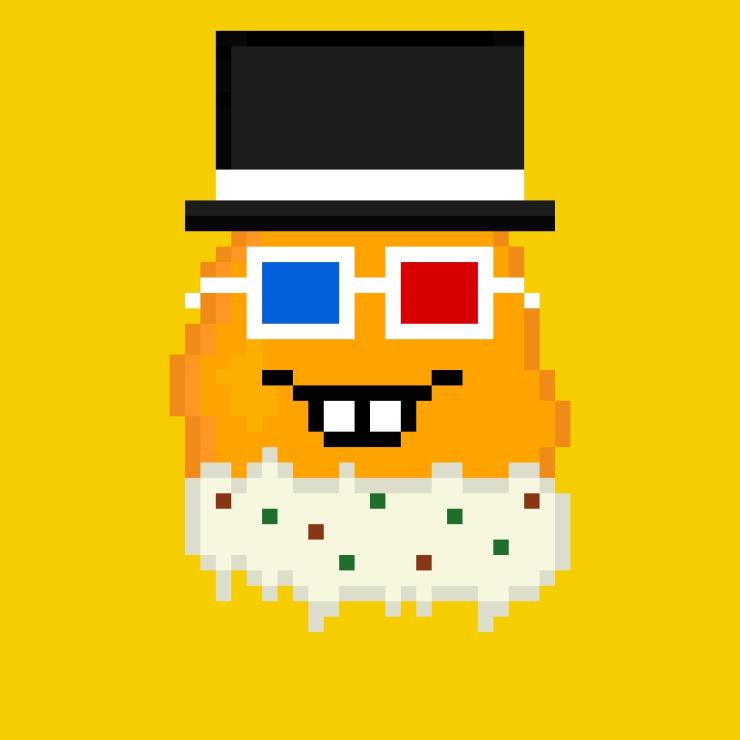 One of the 10,000 Nerdy Nuggets that are being sold to raise money for pediatric cancer.